As one of the top 10 android games in january 2015,The Simpsons™: Tapped Out has been popular for two years.This is a city building game by EA.

Before we detect all the features,let's see some users' reviews.

" It's a great game. I've been playing for about 2 years now ...every once and a while the game forces me to start a new game ... need to be able to log into and out of and account even of it forces u to a new game.. should be able to log out when forced on a new game. But it is the best app out there"  --By Curtis Horsman January 17,2015  on Google Play

" Love The Simpsons I love The Simpsons and can't stop playing this game. I started playing about a month ago but wish I had started years ago. It's funny and so entertaining to build up my town by getting more buildings and characters. " --By Darius Riggs January 15,2015  on Google Play

something not good enough:

"Too expensive. I would like this game a lot more if things weren't so expensive! You need a ridiculous amount of donuts for things and almost 0 ways to earn them unless you spend A LOT of real $$ (which I won't do)."  --By DragonsOfSnow January 21,2015 on Google Play 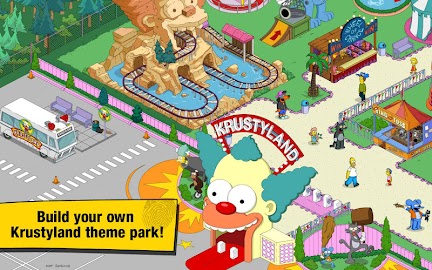 HOW FUN IS IT? LET US COUNT THE WAYS!
1. First, you can get it for free!
2. Make Springfield just like you want it.
3. Help Homer find Marge, Bart, Lisa, and the rest of his family and friends! (Ned Flanders, too.)
4. Complete tasks to earn… mmm, donuts!
5. Make Apu work ridiculously long shifts at Kwik-E-Mart.
6. Grow and harvest Tomacco on Cletus’s Farm.
7. Party down with Duffman at Duff Brewery.
8. See how your Indolence, Consumerism,and Gluttony stack up on the Conform-o-meter.
9. Enjoy exclusive animated scenes sure to please fans of TV’s longest-running comedy.
10. Visit your friends’ Springfields, play pranks, collect cash and earn special rewards with friendship points the only way to measure your friendship.
11. Build up entirely new sections of Springfield from the rides at Krustyland to the performers on the Waterfront! 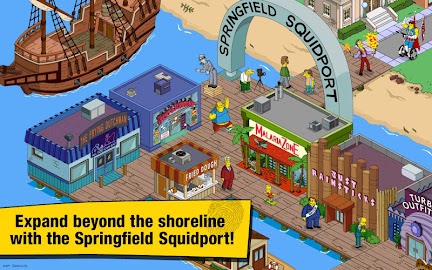 A useful app:Ask Locally ,Local help at your fingertips

Stocard : Store rewards cards in one app on your Android phone
Most Recently Articles

Stocard : Store rewards cards in one app on your Android phone

Cross DJ Pro,transforms you to a DJ in seconds

For knowledge Seekers,Stack Exchange on Android