Starting the game in an prison dungeon of what seems to be a mad mage. As BG1 takes you from lvl 1-8 this takes you from 7/8 to 20. At level 20 youre somewhat of a mortal god.

Some characters return from the first game and many new ones comes along. Same thing here, Beamdog has restored the game and added in additional content.

The game is stand-alone enough for you to get whats happening, however some things, especially in the beginning and references to the first game might be a bit confusing.

The expansion THrone of Baal is also included here.

* Throne of Bhaal: Travel to Tethyr in this thrilling conclusion to the Bhaalspawn saga, and delve into the treasure-filled halls of Watcher’s Keep! 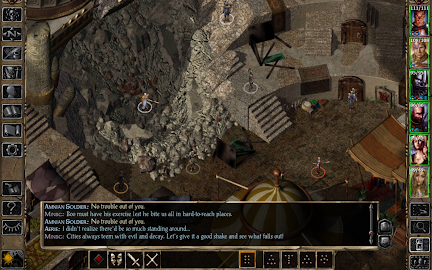 * Fist of the Fallen: Help the Sun Soul Monk Rasaad find peace in his quest for vengeance, and determine the fate of a heretical sect. 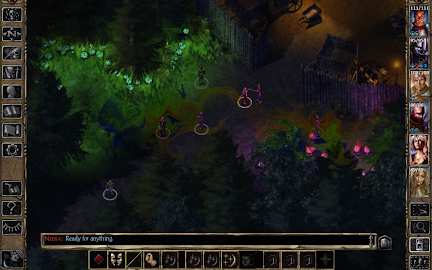 * The Black Pits II: Gladiators of Thay: Explore the tactical depth of high-level Dungeons & Dragons combat. Turn your captors against each other while you dodge traps and battle for your life against Demi-Liches, Mind Flayers, and the legendary Githyanki. 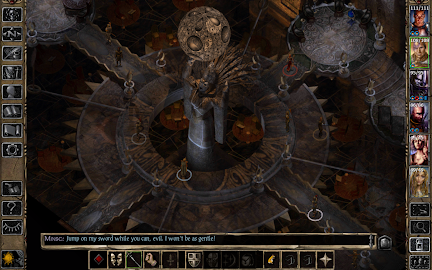 * A Price Paid in Blood: Join the Blackguard Dorn in carving a swath of destruction across the Realms, as he struggles to appease the increasingly bloody demands of his dark patron.* A Voice in the Dark: Recruit the mysterious Thief Hexxat and take up her mission of retrieving long-lost artifacts from tombs as far away as Zakhara.* In Defense of the Wild: Protect the innocent and stand with Neera the Wild Mage against a ruthless school of Red Wizards.

"Arguably the best RPG in all of existence! If the title isn't enough info for you, I will add this. If you haven't ever played D&D or any game based on its rule set, you will be in for a steep learning curve, but once you get past that you will be able to appreciate one of Bioware's best and most classic games!"

"Best RPG This can be disheartening for newcomers, or people who are used to being hand walked through RPGs. This is one of the most in-depth, detailed, and fun RPGs since 2000. Many days spent playing this game, and now it's on Android? Thanks for comin out." Interesting App: Share your life with a stranger ! 20 Day Stranger

A useful app:Ask Locally ,Local help at your fingertips

Cross DJ Pro,transforms you to a DJ in seconds
Most Recently Articles

Stocard : Store rewards cards in one app on your Android phone

Cross DJ Pro,transforms you to a DJ in seconds

For knowledge Seekers,Stack Exchange on Android